When we came into the possession of a 232 carat, natural blue, triangular cabochon topaz, we knew it was destined for a magnificent piece of jewellery. When one of the team described it as if you’re looking into a swirling ocean filled with all sorts of wonders, the story of Maui fishing up the North Island sprang to Ian’s mind.

The topaz became a symbol of that story, and so we decided the topaz pendant should represent Maui’s tale, in art form. The design grew from there.

Blue is a common colour of topaz, however is most often the result of heat treatment or irradiation. The blue colour of this 232 carat topaz is completely natural, making it a rare find. Blue topaz looks amazing paired with paua and so paua was chosen to represent the depths of the sea, from which Maui pulls in his great fish. Paua is also unique to New Zealand and so a meaningful inclusion in this design. 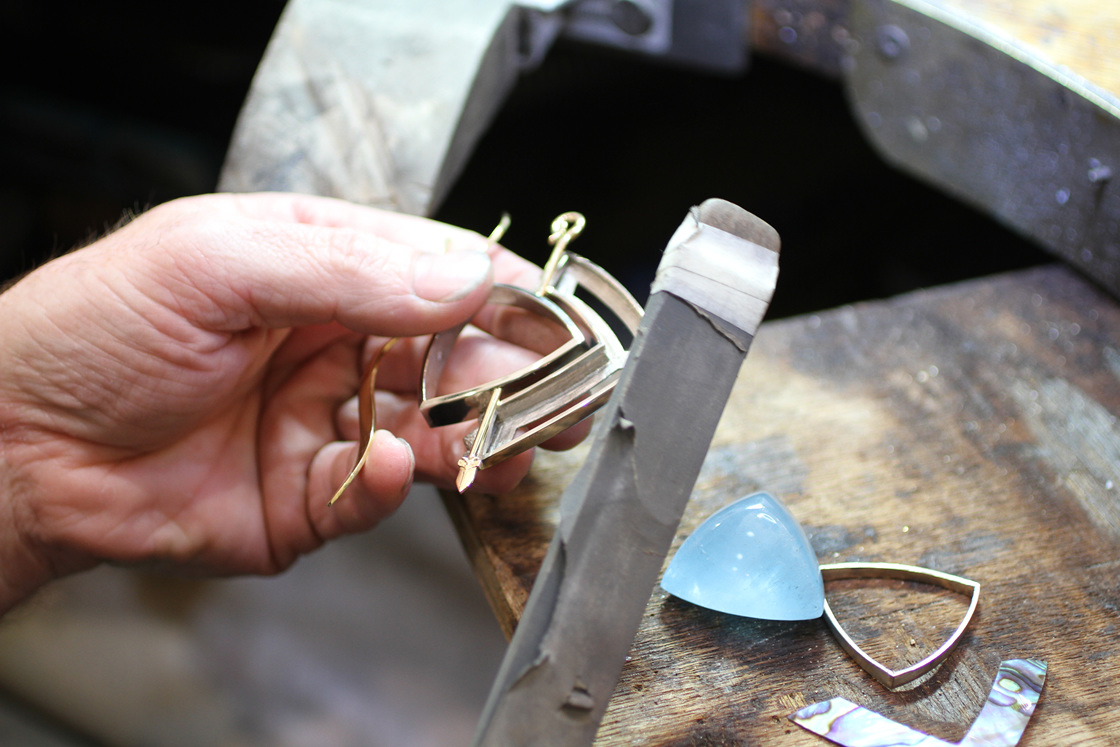 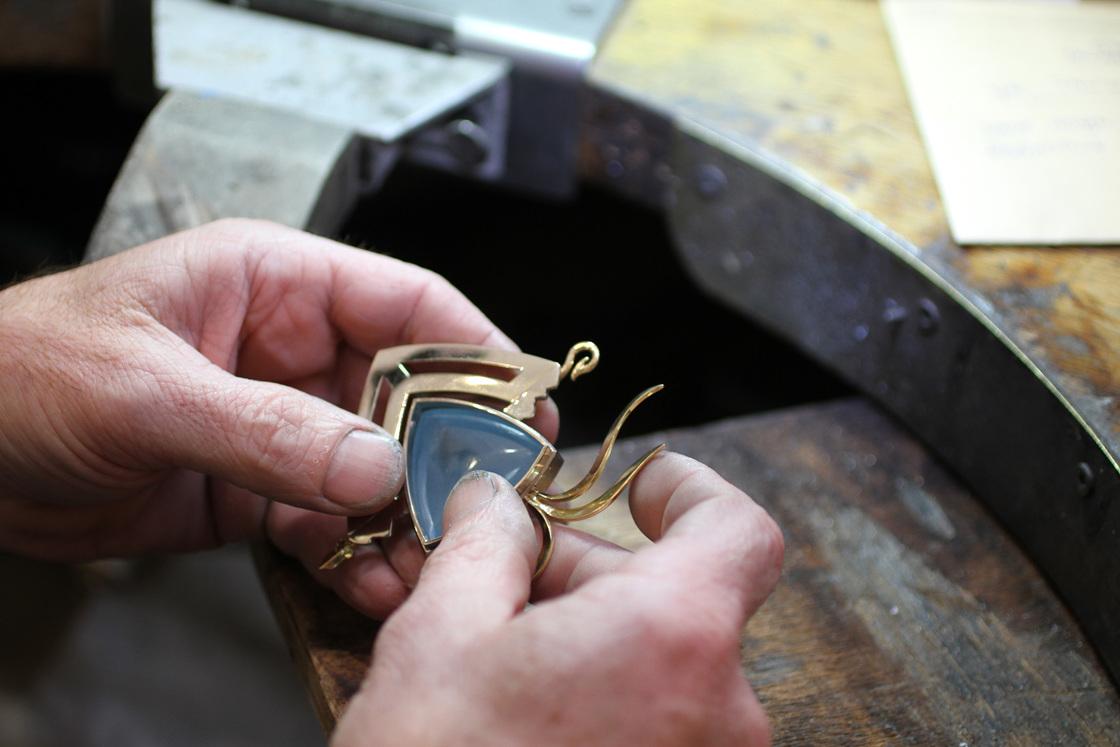 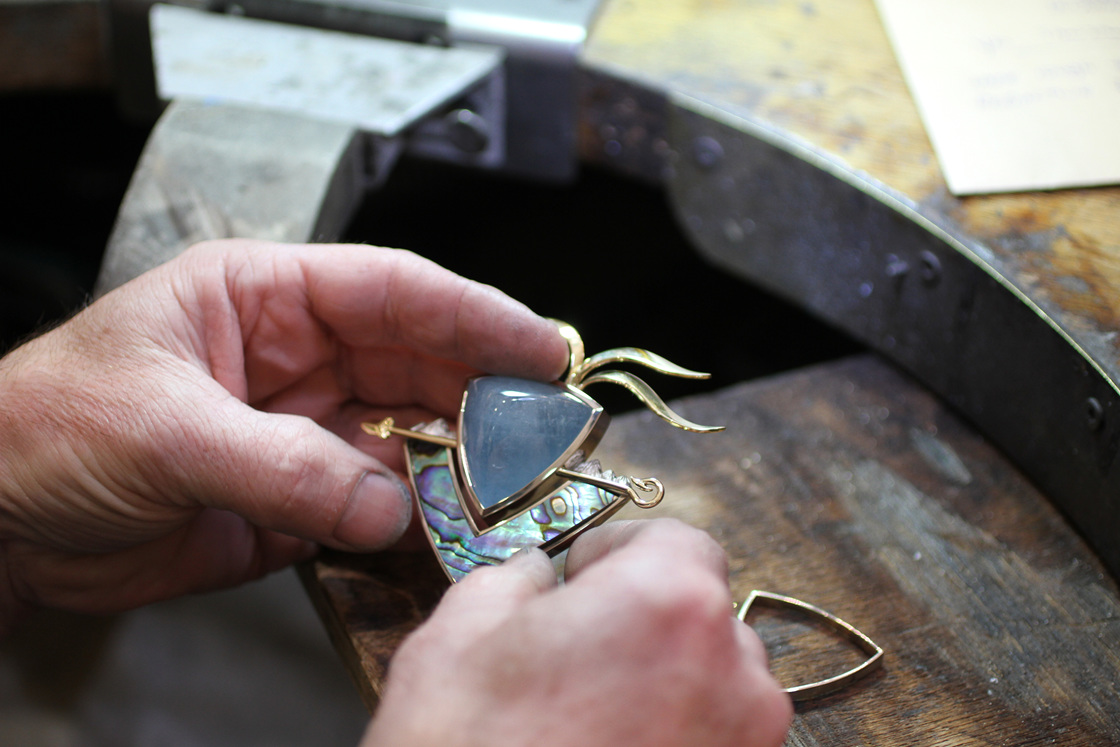 The story goes that Maui snared the massive fish (which become the North Island of New Zealand) with his magical jawbone fishhook. The fishhook is depicted in the pendant in 18 carat yellow gold. Rising above the sea are the mountains of New Zealand (depicted in 18 carat brushed white gold) that, along with the topaz, meet the golden rising sun (depicted in swirling lines of 18 carat yellow gold). The birth of Aotearoa, New Zealand, is translated into a flock of native birds in flight. Each bird is uniquely and individually hand crafted in 18 carat white gold.

Our master craftsman jeweller Dan Palmer was given the challenge of bringing Ian’s design to life. The ‘Maui’ pendant is a piece that is entirely hand made, not one piece of the item has been cast or prototyped. It took 84 hours to meticulously hand craft the pendant.

Contact our team of expert jewellers today about custom designing your own piece of fine jewellery.